BOOST!! Are you looking for an extra “boost” of power on your street driven car or high boost at the track?

From Magnuson’s killer roots superchargers to Vortech’s mighty centrifugal blowers, BFNY has installed them all. Let BFNY put a blower on your HEMI and you’ll be smiling from ear to ear.

At Magnuson we believe you should be able to have big horsepower, drivability, and a long-lasting, reliable product. In fact we’ve been making power you can live with for more than thirty years.

It’s going to run like it was factory installed because we manufacture and calibrate to OEM standards. Just ask our OEM customers. We also use Eaton rotors exclusively - the same supercharger rotors found in virtually all of the OEM supercharged applications from Audi, GM, Jaguar, and Ford. Most Magnuson Supercharger Kits carry a CARB EO# and are 50-state emissions legal for on-road use. Magnuson kits are known for their driveability and reliability, achieved through our Powertrain Integration approach. Simply put, this is the process of recalibrating the engine and transmission control programs to work with the altered induction path and boost pressure of the supercharger. This results in a seamless and consistent delivery of power over the entire RPM range, not just high end. It also means that your vehicle will continue to meet emissions and fuel economy standards.

The Eaton TVS Supercharger has been improving engine performance since 1985, beginning with the reknown M-Series. Five generations later, the TVS® (Twin Vortices Series®) was a revolutionary design that provides an incredible 12% efficiency improvement. It also has a higher speed capability, from 18.000 to 24.000 rpm, which produces a broader map width. Today, TVS is available in 2 different specifications: R-Series with 4 lobes optimized for peak power applications, and V-Series with 3 lobes optimized for low flow efficiency, ideal for 2-stage boosting systems. In 2015 Eaton also introduced its 7th generation Supercharger called TVS2 with further improvement of efficiency!

Eaton TVS Superchargers: R-Series & V-Series both have one key advantage in common – fast response and available boost when exhaust gas energy is low. Both Superchargers have their own specific advantages as well.

High pressure ratio capability of 2.5 Highest efficiency at higher pressure and high speed Aimed for single boosting device where a lot of flow is needed.

Call for Details and Current Pricing. MSRP Pricing is listed as a ballpark estimate of cost of parts ONLY. Installation, supporting parts, etc are extra.

The system uses Vortech’s V-3 Si supercharger. Continued development in Vortech’s Lab has resulted in the V-3 Si. The “i” stands for improved and with its new patented oil control system and state of the art centrifugal compressor stage this V-3 literally blows away the competition.

Tuner kits are the same as complete systems except without the fuel system upgrades or ECM reprogramming. This allows for custom tuning and fuel modifications that the custom tuner or racer may prefer. Vortech has supercharger options for various types of racing or boost level. For continued use, such as road racing, the V-2 series superchargers share the engine's oiling system. This approach is more suitable for continued boost conditions and allows for the addition of an oil cooler or filter. Call the Vortech Tech Line for complete information on the many upgrades and options available.

Call for Details and Current Pricing. MSRP Pricing is listed as a ballpark estimate of cost of parts ONLY. Installation, supporting parts, etc are extra. 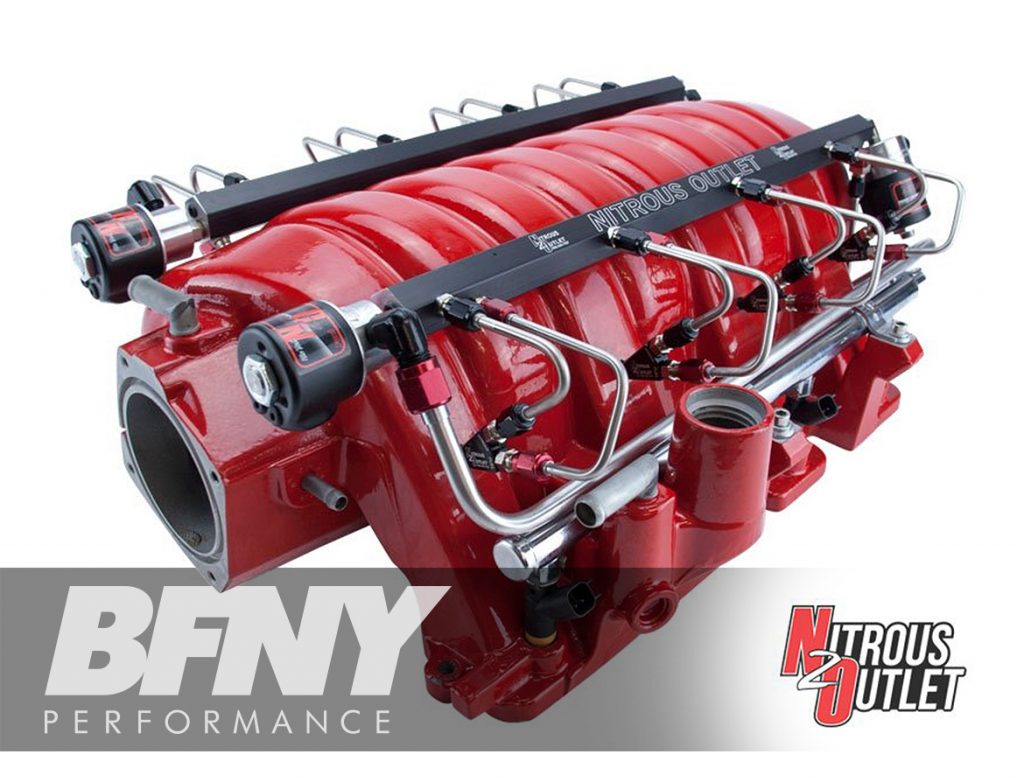 Whether you are looking for that little bit of extra power or nitrous as the primary or supporting power adder system for the track, BFNY will work with you to obtain your goals. 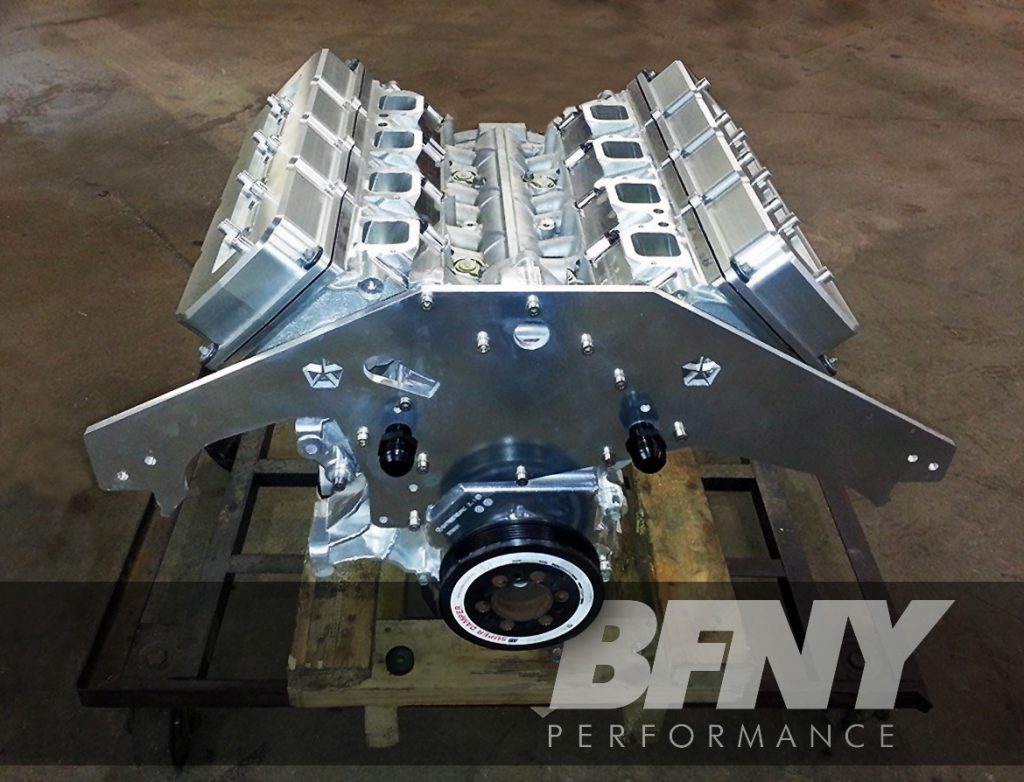 The long block, that custom mill, built to your specific needs and goals. Whether you’re looking for big NA power or high boost forced induction BFNY will exceed your goals. BFNY has partnered with Billy Briggs Racing Engines and ThiTek Heads to offer the best HEMI long block on the globe. 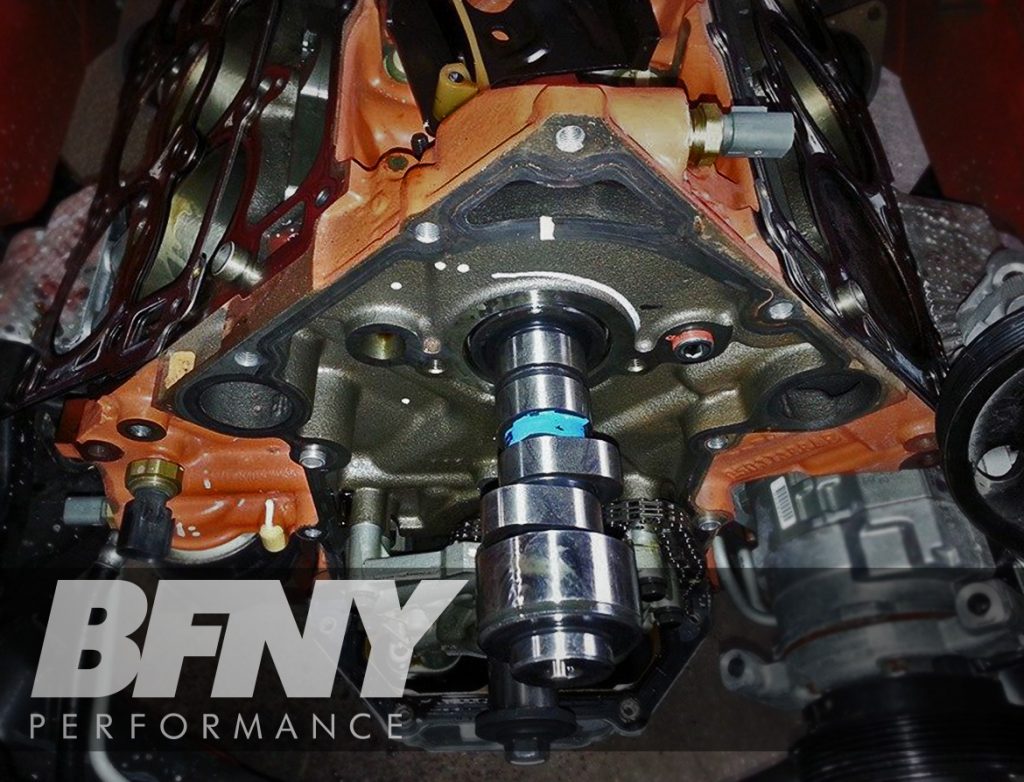 Bring your own, or have BFNY spec a Frank Racing cam or a custom cam for your new build. Either way, BFNY is the most trusted installer and builder for Gen III HEMI cams. 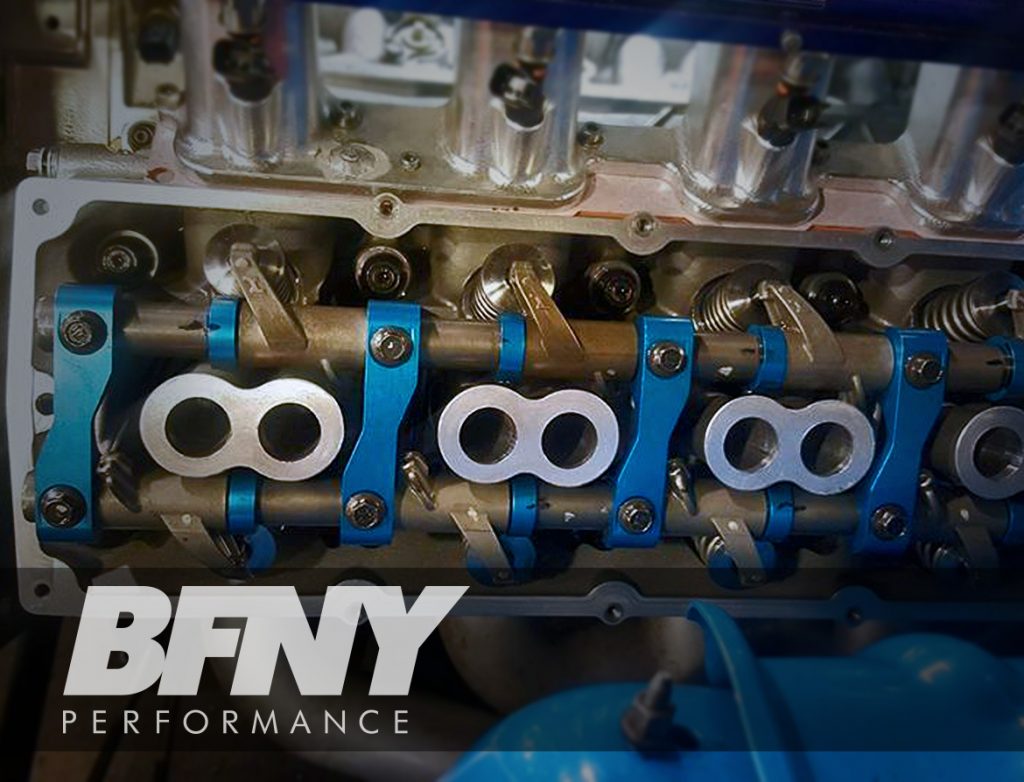 Hear a ticking sound? Yes, that’s your valve train. Whether you have current valve train issues or need a valve train to support your upcoming build BFNY has the expertise to address your needs. 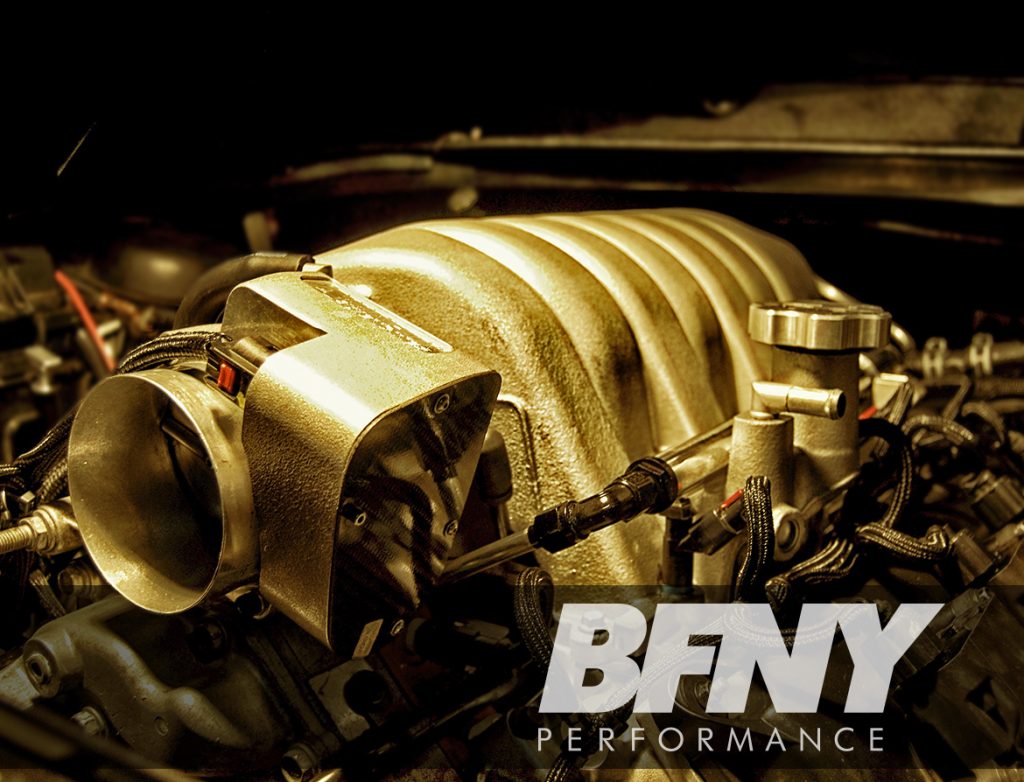 Do you already have an engine builder of choice? Are you looking to have a replacement factory motor installed? Do you have a motor built and are looking for an install and tune? No problem. BFNY will work with you to install your dream engine. 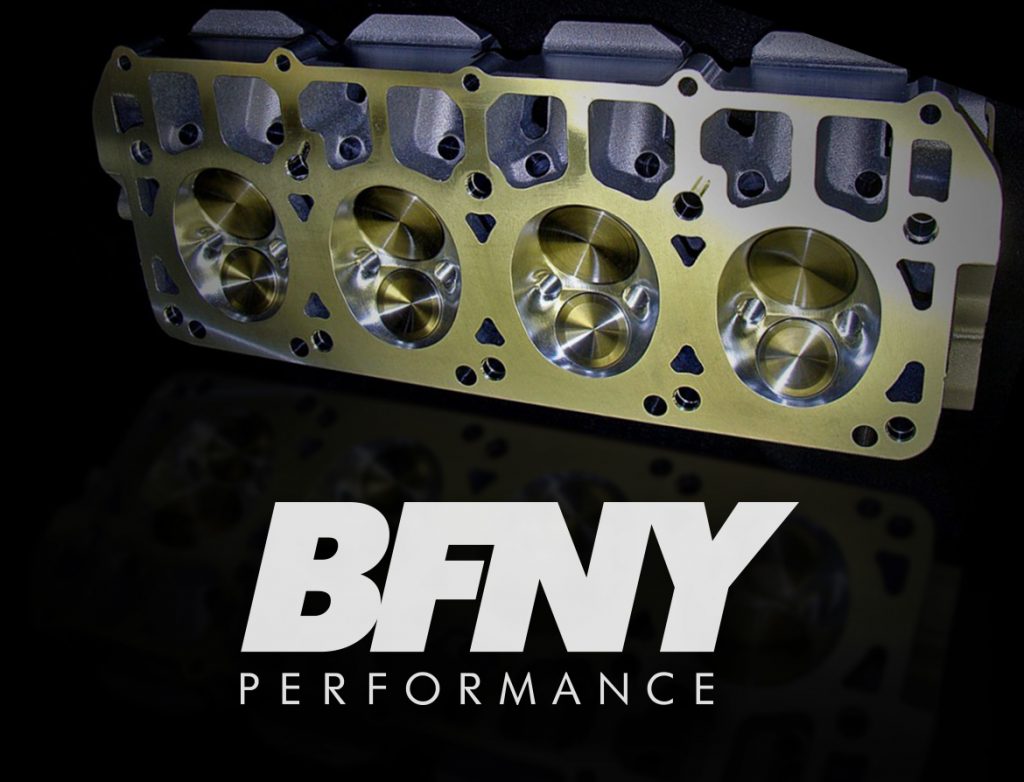 BFNY cylinder heads are all CNC ported by ThiTek and we are a Distributer for ThiTek Bear heads. BFNY will spec cylinders heads to meet your build goals or install other supplier heads of your choice. 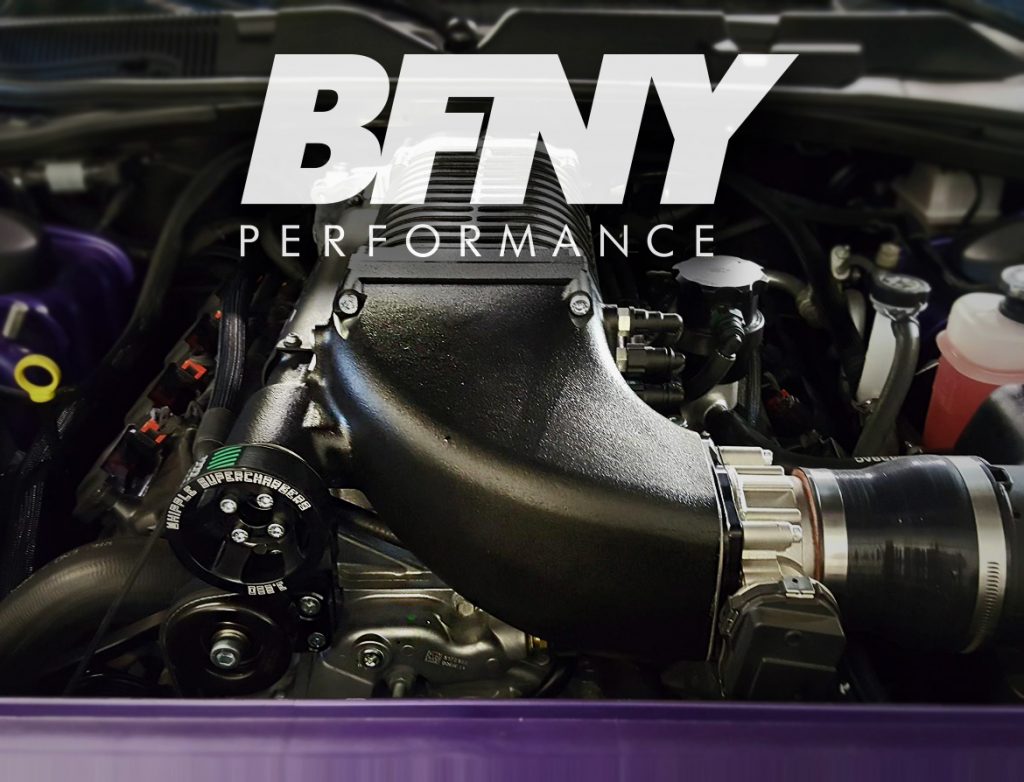 Everyone body loves power adders, be it a big screw blower, centrifugal supercharger or the bottle fed giggle juice junkies. One thing is for certain, boost is addictive. Some are looking for that little bit of extra power a big power adder system for the track.

For over a decade, BFNY Performance has been helping the modern Mopar community across North America get the most out of their HEMIs. With Erik Storms’ knowledge, and experience we can meet your performance goals. From head/cam packages, long block, transmissions, rear ends and suspension upgrades to full race car builds, BFNY has got you covered.

Use the links below to contact BFNY Performance and get started on your HEMI Powered build.

To schedule an appointment with the Gen III HEMI experts at BFNY, give us a call at 440.787.7235 or fill out the form below with your information. One of our team members will get back to you as soon as possible to schedule your appointment.